Hunter Biden Says He Doesn't Know If Delaware Laptop Was His 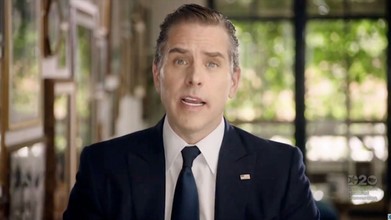 By Jordan Williams
TheHill
April 2, 2021
Hunter Biden, the son of President Biden, in a new interview says that he doesn't know if a laptop found in Delaware that was the center of an election-year controversy was really his.

In an interview on "CBS Sunday Morning" that will air on Sunday, Biden says he doesn't have any idea whether the laptop at the center of a controversial New York Post story about his business dealings published weeks before the 2020 election was his.

"For real, I don't know," Biden tells CBS in the interview

"I don't have any idea— I have no idea whether or not" the laptop was his.