Klayman: Typical Leftist Anti-American and Pro-Iran Slant by Politico!
Order "It Takes a Revolution: Forget the Scandal Industry!" at Amazon.com 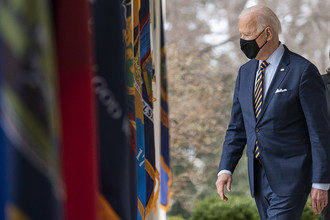 U.S. tries to break Iran nuclear deadlock with new proposal for Tehran
By Nahal Toosi
POLITICO
March 30, 2021
If President Joe Biden is serious about rejoining the Iran nuclear deal, then the next few weeks could prove make-or-break as the politics in both Washington and Tehran appear poised to intensify.

For now, however, Biden's team is struggling just to get the Iranians to the table.

Biden administration officials, mindful of the increasingly unfavorable calendar, plan to put forth a new proposal to jump-start the talks as soon as this week, two people familiar with the situation told POLITICO.