Klayman: More Biden DOJ-FBI Tyranny Against Trump, His Supporters and the Citizenry!
Order "It Takes a Revolution: Forget the Scandal Industry!" at Amazon.com 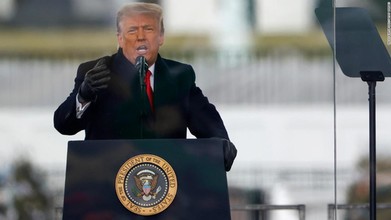 That's one reason why an interview by Michael Sherwin, the former acting US attorney for the District of Columbia, discussing his push to use a rarely used sedition law to charge January 6 rioters and the possible culpability of former President Donald Trump for inciting the insurrection, reverberated in the new no-drama Justice Department.

Sherwin's interview with CBS's "60 Minutes" prompted criticism from officials, even though the remarks largely mirrored those Sherwin made previously in a January news conference.