Klayman: After Trump Said This and Also Stated Correctly That Biden-Harris Had Destroyed the Country in Just 8 Weeks His Interview on Fox News Was Terminated!
Order "It Takes a Revolution: Forget the Scandal Industry!" at Amazon.com 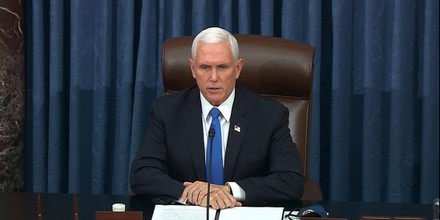 Trump falsely told Fox News' Lisa Boothe that Pence could have "sent it back" on January 6.

Pence's role that day was limited to overseeing the electoral vote-counting process.