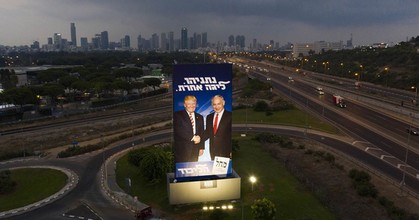 Prime Minister Benjamin Netanyahu made his close relationship with Trump — who was widely popular in Israel — a centerpiece of his campaigns. His Likud party hung a 15-story poster on Tel Aviv's busiest highway showing the two leaders grinning and shaking hands.

Trump, who appeared to relish his political clout in the country, was widely seen as trying to swing the polls in Netanyahu's favor. Shortly before the March 2019 election, Trump invited Netanyahu to the White House, guaranteeing him days of media coverage.