Klayman: The NCAA Should "Reseed" With Actual Student B-Ball Athletes Not the Fraud of One & Done Pre-NBA Ringers Who Have No Business Going to College!
Order "It Takes a Revolution: Forget the Scandal Industry!" at Amazon.com 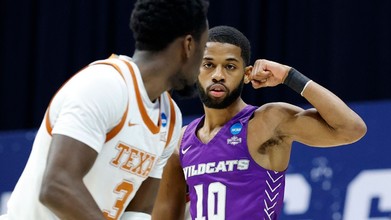 Reseeding the men's March Madness 2021 field for the round of 32
ESPN.com
March 21, 2021
After two years without NCAA tournament action, the postseason party for men's basketball has not disappointed. We've had thrilling overtime matchups. Plus, a few major upsets have unfolded in the past two days.

In our attempt to reseed the field, don't expect a ton of movement after one game (or none, in the case of Oregon). Sure, some of the double-digit seeds that pulled off upsets in the first round deserve the attention they have received thus far but are probably not due a significant change in their standing within the current hierarchy. Now, once we get through the first weekend, it might be a different story. But for now, here is our reseeded field of 32 for the NCAA men's tournament.