Klayman: Hats Off to Federal Judge Laurence Silberman of the DC Circuit! A Rare and Most Needed Show of Courage on the Federal Bench! Jefferson Would Be Proud!
Order "It Takes a Revolution: Forget the Scandal Industry!" at Amazon.com 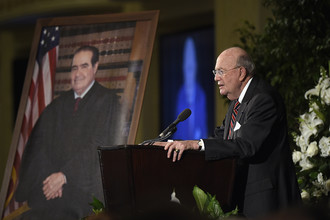 By Josh Gerstein
POLITICO
March 19, 2021
A federal appeals court judge issued an extraordinary opinion Friday attacking partisan bias in the news media, lamenting the treatment of conservatives in American society and calling for the Supreme Court to overturn a landmark legal precedent that protects news outlets from lawsuits over reports about public figures.

Silberman said the decision, requiring public figures to show "actual malice" to recover against a news organization for libel, was a "policy-driven" result that the justices simply invented out of whole cloth.