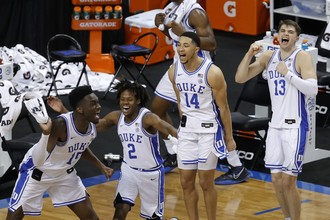 For the second straight season, the Duke basketball team has begun its offseason in mid-March, and roster movement is already underway.

Many look to the Blue Devils for the top NBA Draft prospects, and their most notable draft-eligible player, Jalen Johnson, bolted from Durham in mid-February to try and preserve his draft stock amid the struggles of the five-time National Champions.