Klayman: What Is Black Lives Matter Doing About This? Answer: Nothing!
Order "It Takes a Revolution: Forget the Scandal Industry!" at Amazon.com 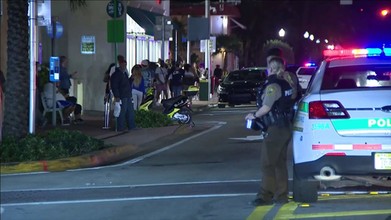 Almost 150 arrests reported on South Beach over weekend
By Liane Morejon
WPLG
March 16, 2021
MIAMI BEACH, Fla. — Spring break was in full swing on South Beach as revelers were out Sunday for another night of partying as police kept a watchful eye on crowds.

Throughout the weekend, law enforcement from multiple agencies were spread out across the area following a wild night on Friday. Almost 120 people were arrested Friday, 42 of them for felonies with multiple guns, drugs and cash confiscated by police.

Street after street of groups got out of control and led to confrontations with police who, at one point, used pepper balls to break things up. At 8th and Ocean Drive, two officers ended up injured.