Klayman: Who Cares! These Losers the Royals Are All Worthless Wards of the State! Glad We Declared Independence but Now Our Nation Has Its Own Corrupt Political and Judicial Class Running Things Into the Ground as Jefferson Predicted Would Come to Pass!
Order "It Takes a Revolution: Forget the Scandal Industry!" at Amazon.com 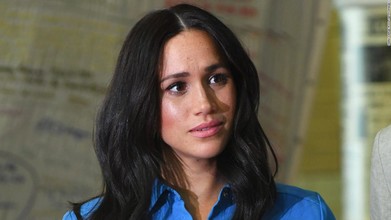 The Palace initially said it would investigate after a British media report earlier this month cited unnamed royal aides as saying a complaint had been made against Meghan in 2018.

A spokesman for Buckingham Palace said on Monday: "Our commitment to look into the circumstances around allegations from former staff of The Duke and Duchess of Sussex is being taken forward but we will not be providing a public commentary on it."