Klayman: Sleazy Republicans Steal the Trump Name While Having Previously Stabbed Him in the Back Like Brutus!
Order "It Takes a Revolution: Forget the Scandal Industry!" at Amazon.com 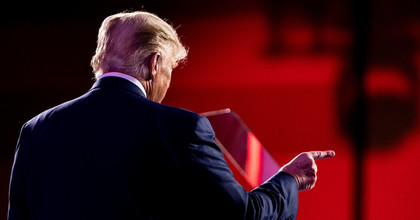 Trump, Hungry for Power, Tries to Wrestle Away G.O.P. Fund-Raising
By Annie Karni and Maggie Haberman
New York Times
March 10, 2021
WASHINGTON — It was a familiar play by Donald J. Trump: lashing out at his enemies and trying to raise money from it.

The former president this week escalated a standoff over the Republican Party's financial future, blasting party leaders and urging his backers to send donations to his new political action committee — not to the institutional groups that traditionally control the G.O.P.'s coffers.

"No more money for RINOS," he said in a statement released on Monday by his bare-bones post-presidential office, referring to Republicans In Name Only. He directed donors to his own website instead.