Klayman: Kamala's "Historic" House Should Be Named the Kremlin of the West!
Order "It Takes a Revolution: Forget the Scandal Industry!" at Amazon.com 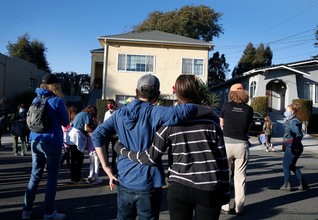 That's because as a child, Kamala Harris — the first woman and first Black and Southeast Asian woman to hold the office of vice president — lived on the top floor of the home on Bancroft Way. On Tuesday, Berkeley officials will discuss a resolution that could give the dwelling landmark status.

The resolution would expand eligibility for landmark status to include residences and other structures or sites of significance tied to notable community members who "contributed to the cultural and historic values of Berkeley," which would include Harris's childhood home.