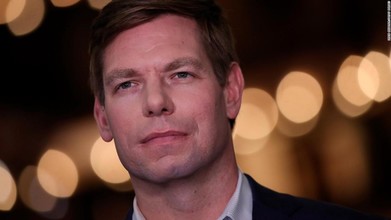 The new lawsuit filed on Friday by Swalwell, a California Democrat who helped to lead impeachment arguments against Trump for inciting insurrection, follows a similar suit filed last month by Rep. Bennie Thompson against Trump, Giuliani and the extremist groups the Oath Keepers and Proud Boys. Swalwell's case makes some of the same claims as Thompson's -- citing a civil rights law meant to counter the Ku Klux Klan's intimidation of elected officials.