Klayman: The Bill Should Be Named After Pelosi and Schumer: Bigger Criminals Than Even Floyd!
Order "It Takes a Revolution: Forget the Scandal Industry!" at Amazon.com 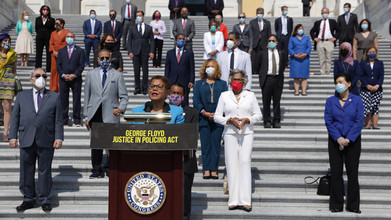