Klayman: French Ministry of Justice by Contrast Shows Just How Corrupt U.S. Department of Justice Is! Protection for the Elite of Both Dems and Repubs!
Order "It Takes a Revolution: Forget the Scandal Industry!" at Amazon.com 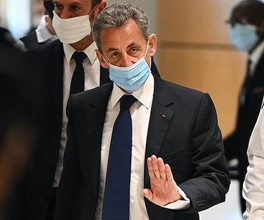 Sarkozy, who led France from 2007 to 2012, had denied any wrongdoing, saying he was the victim of a witch-hunt by financial prosecutors who used excessive means to snoop on his affairs.

Retired from politics but still influential among conservatives, Sarkozy has 10 days to appeal the ruling.