Trump Ally Matt Schlapp Got $750,000 in Unsuccessful Pardon Push
Order "It Takes a Revolution: Forget the Scandal Industry!" at Amazon.com 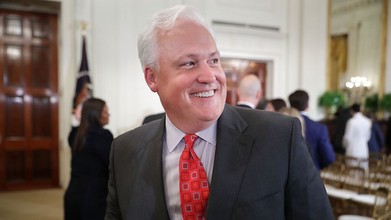 Yahoo News
February 28, 2021
The lobbying firm run by Trump ally Matt Schlapp brought in $750,000 in the final two weeks of 2020 from a former top Trump fundraiser and convicted fraudster who retained Schlapp to lobby—unsuccessfully—for a presidential pardon.

Why it matters: The substantial sum that the former fundraiser, Georgia's Parker "Pete" Petit, paid to Schlapp's Cove Strategies shows how valuable connections to Donald Trump were in his final days in office for wealthy felons seeking clemency from the outgoing president.