Klayman: "Black Privilege"? Radical Blacks Believe Only Blacks Are Subject to Racism! They Revel in It and Use It to Get "Special Privilege"!
Order "It Takes a Revolution: Forget the Scandal Industry!" at Amazon.com 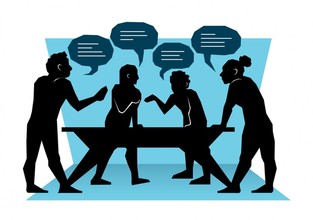 Editorial: Can white people experience racism? Pt. II
By Daily Editorial Board
The Minnesota Daily
February 20, 2021
This editorial was written as a follow-up to a previous editorial board piece.

"Reverse racism" is what a white person may use to describe a belief that any social or economic gains by Black people somehow undermine the white experience. That by refusing to remain dormant while racial injustice still defines our country, Black people's decision not to comply with those racially exploitative conventions is the same as the racism exercised by white people for hundreds of years.

Any group of people can experience racial prejudice or discrimination. However, racism refers to that prejudice in addition to the socialized power structures at play. So, not everyone can experience the racism that Black people do because the power dynamic that has existed since the Atlantic Slave Trade is just not equivalent to any other racial experience in the States.