Klayman: Coach K Has Become a Cheap Whore in His Efforts to Lure One and Done Non-Student Recruits at My Once Proud Alma Mater Duke! 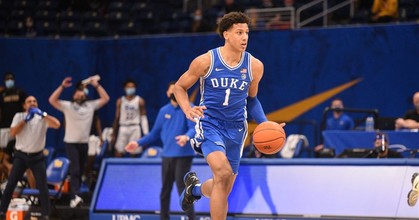 Coach Mike Krzyzewski opens up on Jalen Johnson's decision to opt-out
By Matt Howe
247Sports
February 19, 2021
Earlier this week, Duke star freshman Jalen Johnson announced his decision to opt-out of the remainder of the 2021 college basketball season. Johnson is widely seen as a first-round pick in the 2021 NBA Draft after having averaged 11.2 points per game, 6.1 rebounds and 2.2 assists this season. He was a 5-star prospect in the 2020 class out of Milwaukee (Wis.) Nicolet and chose Duke over UCLA and Arizona.

The Blue Devils are struggling this season, and many have questioned whether or not Johnson would have opted out in the middle of a more successful season. As of February 18, Duke is just 9-8 on the year and in seventh place in the ACC standings.