Klayman: More Anti-Trump Hate From the Left as They "Overlook" ChiCom Bribery of Joe Biden!
Order "It Takes a Revolution: Forget the Scandal Industry!" at Amazon.com 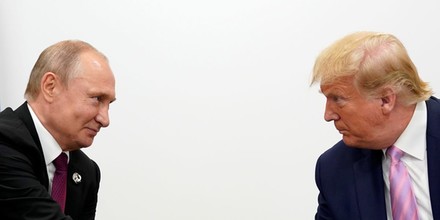 With Trump in debt, intelligence and security sources fear foreign spies may target him with offers of money
By Mitch Prothero
Business Insider
February 18, 2021
With more than $1 billion in total debts and at least $340 million due to Deutsche Bank, former President Donald Trump poses an unprecedented challenge for the US and Western intelligence services tasked with keeping the secrets he was exposed to daily for the past four years, according to five current or former intelligence officials in the US and Europe.

Trump's inability to keep US intelligence secrets — and his willingness to twist intelligence to suit his political needs — were well-documented aspects of his time in office. They led to several diplomatic incidents: