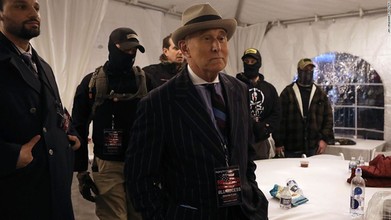 By Katelyn Polantz
CNN
February 18, 2021
(CNN)Federal prosecutors investigated some of the Proud Boys, including their leader Enrique Tarrio, and their ties to longtime Trump confidant Roger Stone, in a previously undisclosed criminal probe in 2019 into whether the men intended to threaten a federal judge.​

The threat investigation did not lead to charges. But its existence, now revealed by CNN, sheds new light on how federal prosecutors had already looked into the far-right organization's ties to someone in former President Donald Trump's orbit ​before the siege of the US Capitol in January.

Stone was accompanied on January 6 in DC by members of the paramilitary extremist group the Oath Keepers and Stone has long had close ties to prominent members of the fraternity-like pro-Trump group the Proud Boys.