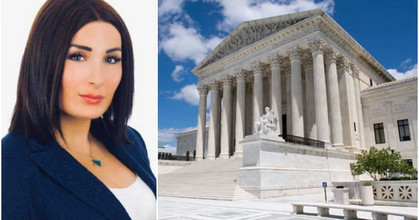 By Shane Trejo
Big League Politics
February 17, 2021
The Supreme Court will consider a landmark free speech lawsuit filed by banished journalist Laura Loomer against the tech companies who unlawfully conspired to deprive her of her rights.

The case, which was launched by Laura Loomer and Freedom Watch, intends to hold Google, Apple, Facebook, and Twitter accountable for war against the 1st Amendment of the Constitution. The lawsuit also contends that these Big Tech monopolies violated the Sherman Antitrust Act and the District of Columbia Human Rights Act.

The U.S. Court of Appeals for the District of Columbia Circuit upheld the dismissal of the suit last year, but Loomer has since appealed it to the Supreme Court. She will have at least one judge who sympathizes with her legal argument as Justice Clarence Thomas has indicated major concerns with Section 230 of the Communications Decency Act, a government-granted exemption from publisher liabilities allowing tech giants to enact Big Brother censorship.