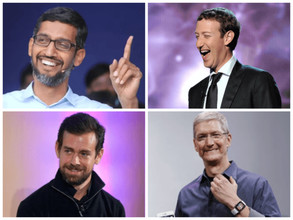 By Allum Bokhari
Breitbart
February 17, 2021
The U.S. Supreme Court is considering whether or not to hear a case brought by Laura Loomer and Freedom Watch against Google, Apple, Facebook, and Twitter, alleging that the Masters of the Universe have been discriminating on the basis of viewpoint and coordinating with each other in an anticompetitive manner.

Loomer is represented by Freedom Watch founder Larry Klayman. The case dates back to 2018, when Loomer and Klayman sued Google, Facebook, Twitter, and Apple over allegations that the platforms violated the First Amendment, the Sherman Antitrust Act, and the District of Columbia Human Rights Act.

The U.S. Court of Appeals for the District of Columbia Circuit upheld the dismissal of the plaintiff's First Amendment case last year, but the plaintiffs have now appealed the case to the Supreme Court, which has not yet heard any major case on the issue of tech censorship.