NAACP Sues Trump and Giuliani After Jan. 6 Riots
Order "It Takes a Revolution: Forget the Scandal Industry!" at Amazon.com 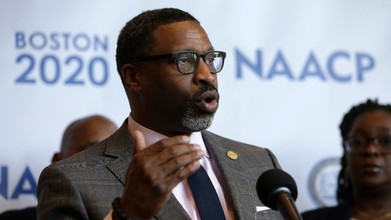 The lawsuit, filed Tuesday morning in Federal District Court for the District of Columbia, alleges that Trump and Giuliani, in collaboration with the Proud Boys and Oath Keepers, conspired to incite the riots to keep Congress from certifying the results of the 2020 presidential election. It claims they did so in violation of the Ku Klux Klan Act, a Reconstruction-era statute designed to protect both formerly enslaved African Americans and lawmakers in Congress from white supremacist violence.