Klayman: This WaPo Columnist Is More Like a Communist: A Disciple of Karl Marx and Now the American Jewish Left!
Go to www.FreedomWatchUSA.org to Join and Support Our Leftist Media Strike Force! Order "It Takes a Revolution!" at Amazon.com 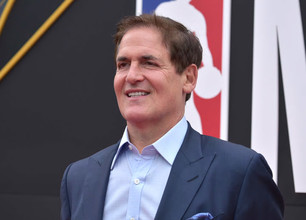 Opinion | Mark Cuban had it right the first time. Sports should stop playing the anthem.
Washington Post
February 16, 2021
In November, Mark Cuban quietly told some of his employees to stop playing the national anthem before the Dallas Mavericks basketball games. It took more than a month for anyone to notice; more than 10 Maverick home games had already passed when the Athletic broke the "news" that the music had stopped.

Then NBA Commissioner Adam Silver and Cuban had a genial chat. That leash the league gave teams to do what they felt was appropriate after the summer of 2020? Gone. Play-the-anthem league policy was reinstated, including at Mavericks games, last week. The moment for change had passed.

Cuban had it right the first time. Like the flag before and after Jan. 6, we've now weaponized the "Star-Spangled Banner." Wholly supporting its continued inclusion at domestic sporting events is our new shallow-end referendum on patriotism. The anthem has already split the country.