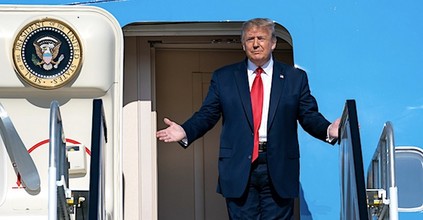 By WND Staff
WND
February 15, 2021
Vandals targeted the home of one of former President Donald Trump's impeachment lawyers, spray-painting the word "TRAITOR" in red on his driveway in suburban Philadelphia, police said.

The vandalism occurred around 8 p.m. on Friday at attorney Michael van der Veen's residence in West Whiteland Township, Pennsylvania, about 30 miles southwest of Philadelphia, according to police.

No arrests have been made, Detective Scott Pezick of the West Whiteland Township Police Department told the Associated Press. Pezick said private security has since been hired by the homeowner to protect the residence, and police presence has been beefed up in van der Veen's neighborhood.