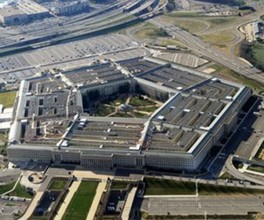 By Sandy Fitzgerald
Newsmax
February 14, 2021
The Pentagon, according to information gleaned through materials secured through a Freedom of Information Act request to the U.S. Defense Intelligence Agency, has admitted to testing wreckage from UFO crashes, and a researcher who obtained the materials is theorizing the debris may be from the Roswell, New Mexico crash in 1947.

"Although much of the reports' details are redacted, what can be gleaned is that these technologies represent a literal quantum leap beyond the properties of all existing material known to man," the researcher, Anthony Bragalia, wrote in his blog, UFO Explorations, reports The Daily Mail.