Klayman: Mitch McConnell Is as Politically Dead as His Worthless and Unprincipled Republican Party!
Order "It Takes a Revolution: Forget the Scandal Industry!" at Amazon.com 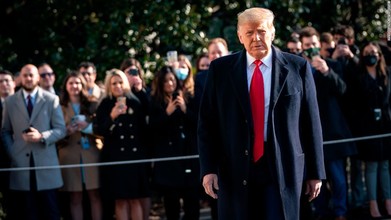 Analysis: Even after acquittal, GOP senators and Democratic managers hope rebuke of Trump has lasting impact
By Analysis by Lauren Fox and Jeremy Herb
CNN
February 14, 2021
(CNN)In the moments after former President Donald Trump was acquitted by the Senate for a second time in a little more than a year, Senate Minority Leader Mitch McConnell rose to speak.

His message was clear: the former President could not be the future of the Republican Party. Even as McConnell voted that Trump was not guilty Saturday for inciting an insurrection -- raising constitutional and specific legal objections -- McConnell's words underscored the challenge for the Republican Party going forward. They are torn between two competing interests: sticking with Trump enough to woo supporters for themselves and erasing Trump's dangerous final days from the GOP's legacy.

"Former President Trump's actions preceding the riot were a disgraceful dereliction of duty," McConnell said on the floor Saturday.