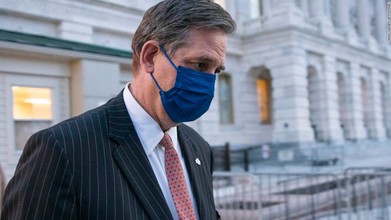 Castor, who is representing Trump alongside attorney David Schoen, delivered a meandering argument during the first day of the Senate impeachment trial, including praise for the House impeachment managers for a presentation that he said was "well done."

Trump was almost screaming as Castor struggled to get at the heart of his defense team's argument, which is supposed to be over the constitutionality of holding a trial for a president no longer in office. Given that the legal team was assembled a little over a week ago, it went as expected, one of the sources told CNN.