Klayman: If You Are Female and a Muslim in Today's America You Are A "Protected Species"! Look Out If You Are a White Male!
Order "It Takes a Revolution: Forget the Scandal Industry!" at Amazon.com 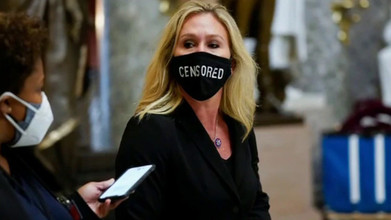 E Street Group, owned by Omar's husband Tim Mynett and entrepreneur Will Hailer, received more than $3.7 million in campaign spending over the course of the 2020 election cycle, filings show.

Omar's campaign contributed more than $2.9 million to that total, The Washington Free Beacon first reported, citing Federal Election Commission filings. The congresswoman's contributions to her husband's firm made up just over 78% of E Street Group's total payments between January 2019 and November 2020.