Klayman: Fox News "Fires" Lou Dobbs in Continued March to the Left!
Go to www.FreedomWatchUSA.org to Join and Support Our Leftist Media Strike Force! Order "It Takes a Revolution!" at Amazon.com 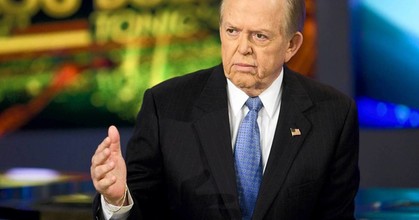 Fox News cancels Lou Dobbs' show; pro-Trump host not expected to be back on air
Los Angeles Times
February 6, 2021
Fox News Media has canceled "Lou Dobbs Tonight," the program hosted by television's staunchest supporter of Donald Trump and of his assertions of voter fraud in the 2020 election, The Times has learned.

Dobbs' program, which airs twice nightly at 5 and 7 p.m. Eastern on the Fox Business Network, will have its final airing Friday, according to a Fox News representative who confirmed the cancellation. Starting next week, the program will be called "Fox Business Tonight," with rotating substitute hosts Jackie DeAngelis and David Asman, who filled in for Dobbs on Friday.

Dobbs, 75, remains under contract at Fox News but he will in all likelihood not appear on the company's networks again. In addition to his Fox Business Network program, he occasionally turned up on the Fox News Channel as a commentator.