Klayman: Trump Should Agree to Testify and Then Stick It up the Derrieres of the Democrat Left, McConnell and the Equally Traitorous Republican Party!
Order "It Takes a Revolution: Forget the Scandal Industry!" at Amazon.com 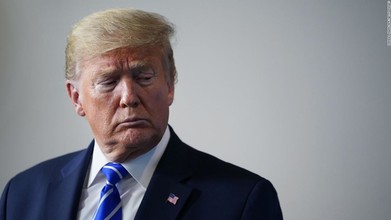 But Trump's legal team quickly responded by rejecting the invitation in a terse response to the House impeachment team, putting the decision back on the Democrats over whether to try to compel Trump's testimony with a subpoena.

Lead impeachment manager Rep. Jamie Raskin sent a letter to Trump's attorney Thursday requesting that Trump testify before or during the upcoming impeachment trial, which begins on Tuesday, arguing that his testimony was needed after he disputed the House's allegations that he incited the insurrection at the Capitol.