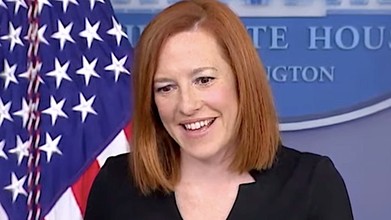 "Only in 2020 does #LadyG get to push a bunch of debunked conspiracy theories while questioning @SallyQYates (aka an American hero)," Psaki tweeted in August 2020, before she assumed her role in the White House.

Psaki's reference to "Lady G" refers to rumors that have circulated on social media about Graham's sexuality. She did not immediately respond to a request for comment from the Daily Caller News Foundation.