Klayman: The Left's Marxian Self Hating Jews and Other Anti-Semites Infest Biden-Harris Administration! Enemies of Judaism and Israel!
Order "It Takes a Revolution: Forget the Scandal Industry!" at Amazon.com 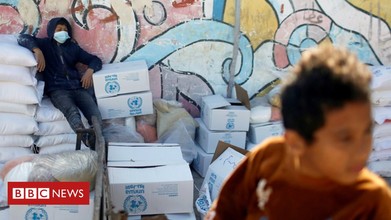 The acting US envoy to the UN, Richard Mills, told the Security Council that Mr Biden supported a two-state solution to the Israeli-Palestinian conflict.

To help advance one, he said, the US would "restore credible engagement."

Palestinians broke off contacts with Mr Trump's administration and rejected his peace plan as biased towards Israel.