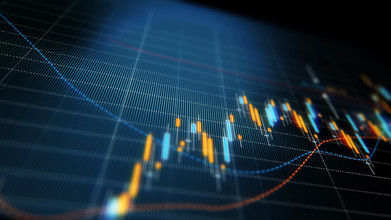 Dow tumbles 630 points to mark worst selloff in 3 months as stock market fixates on surge in GameStop, AMC shares
By Mark DeCambre
MarketWatch
January 28, 2021
The Dow Jones Industrial Average on Wednesday booked its worst daily decline since late October, ringing up the fifth straight decline and its longest losing streak since February in the process. The drop for the Dow and the broader market comes as investors appeared increasingly concerned about COVID-19 vaccine distribution and fixated on the surge in prices in heavily shorted companies movie chain AMC Entertainment Holdings AMC, -58.29% and videogame retailer GameStop Corp. GME, -55.37%, which have been propped up by a band of retail investors on social-media platforms. Meanwhile, the Federal Reserve kept its policy measures steady, as expected, but Chairman Jerome Powell offered a sober outlook for the ecoomy and market against the backdrop of the raging pandemic. The Dow [: DJIA] closed down 634 points, or 2.1%, to end at 30,302, on a preliminary basis, representing its sharpest one-day slide since Oct. 28. The fifth straight decline also was the most since a seven-session slide ended Feb. 28. The S&P 500 index SPX, +1.66% retreated 2.6% to close around 3,750, also marking its worst day since late October. The Nasdaq Composite Index COMP, +0.94% retreated 2.6% to 13,270. Fed Chair Jerome Powell stressed that the economy remained far from a recovery, but also underscored that recent asset gains have been driven largely by optimism about the rollout of vaccines to combat the coronavirus pandemic, as well as by fiscal policy, and not necessarily by accommodative monetary policy. Meanwhile, shares of GameStop ended 135% higher, putting it up 435% on the week. Those for AMC climbed over 300% and are up 467% thus far in the week.