Is That an Alien Probe? A Harvard Astronomer Thinks It Might Be 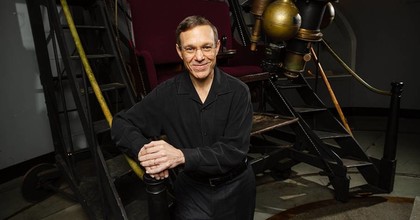 By Robert Lee Hotz
WSJ
January 27, 2021
In the fall of 2017, astronomers in Hawaii spotted something strange speeding through the solar system. The reddish cylinder was like no comet or asteroid they had ever seen. They concluded it came from the stars and named it 'Oumuamua, which means first messenger in the language of the islands.

The longer they studied it, the deeper the mystery grew. Avi Loeb suggested that it might be an alien probe, launching a media maelstrom that has yet to die down. No crackpot is Dr. Loeb. He is the chairman of the astronomy department at Harvard, director of the Institute for Theory and Computation at the Harvard-Smithsonian Center for Astrophysics and an authority on the first stars in the early universe.

Dr. Loeb, 57, relishes the attention as a teaching moment. "I want to bring the search for extraterrestrial intelligence into the mainstream of astronomy," he says. "There is a taboo about discussing anything related to that."