Klayman: MLB and All Other Sports Leagues Throw Their Lot With the Radical Left and Biden-Harris in Repeat of How German Society Backed Third Reich!
Order "It Takes a Revolution: Forget the Scandal Industry!" at Amazon.com 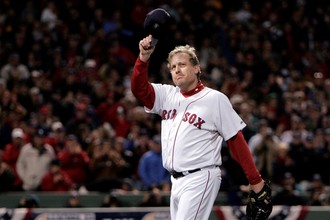 The National Baseball Hall of Fame and Museum, based in Cooperstown, N.Y., announced that Schilling had received 71 percent of the vote (285 of 401) from the writers who make up its electorate, leaving him short of the required 75 percent.

The 54-year-old former pitcher, an outspoken backer of President Donald Trump, had been suspended from ESPN in 2016 for anti-Muslim remarks and was subsequently fired from the network for anti-transgender remarks. On Jan. 6, hours after the deadly riot at the Capitol, Schilling tweeted his support for it.