Klayman: In the Words of Groucho Marx Neither Trump nor I Would Ever Want to Be a Member of Any Compromised and Corrupt Establishment Club That Would Have Us as a Member!
Order "It Takes a Revolution: Forget the Scandal Industry!" at Amazon.com 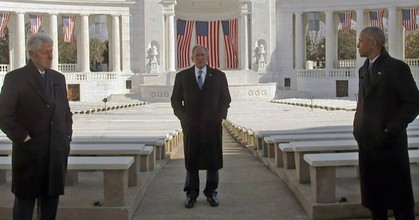 Trump shuns 'ex-presidents club' -- and the feeling is mutual
NBC News
January 23, 2021
WASHINGTON — It's a club Donald Trump was never really interested in joining and certainly not so soon: the cadre of former commanders in chief who revere the presidency enough to put aside often bitter political differences and even join together in common cause.

Members of the ex-presidents club pose together for pictures. They smile and pat each other on the back while milling around historic events, or sit somberly side by side at VIP funerals. They take on special projects together. They rarely criticize one another and tend to offer even fewer harsh words about their White House successors.