Unity? Biden's Not Talking About Deplorables
Joseph Farah calls National Guard contingency in D.C. 'a show of force – nothing less'
Order "It Takes a Revolution: Forget the Scandal Industry!" at Amazon.com 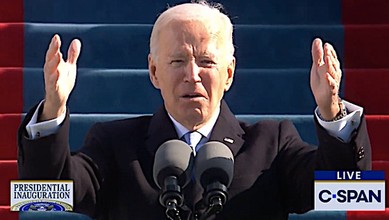 By Joseph Farah
WND
January 22, 2021
It's beginning to occur to me that when Joe Biden talks about "unity," he's not talking about we deplorables, or loyalist Trump backers, or even just plain old Republicans.

Remember, Trump supporters are the ones he has called by such vicious names as "extremists," "white supremacists" and "domestic terrorists."

In fact, as we have learned in the last few days, we are considered his enemies — worse than the Iranian regime, worse than al-Qaida, needing deprogramming — and prompting the announcement of a brand new domestic terror program aimed at us.