Klayman: If You Are an Alleged Black Harasser at Increasingly Leftist Fox News Like Tyrus and Charles Paine You Are Protected, but If You Are White Like James Rosen and Ed Henry You Are "Dead Meat!"
Go to www.FreedomWatchUSA.org to Join and Support Our Leftist Media Strike Force! Order "It Takes a Revolution!" at Amazon.com 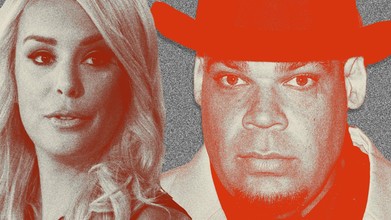 Britt McHenry: Fox News Is Promoting My Harasser While It Buries Me
By Diana Falzone, Justin Baragona
The Daily Beast
January 22, 2021
A Fox News personality who accused her former co-host of sexually harassing her says she's been sidelined after suing him and the network, all while he continues to be promoted and protected.

On December 18, a U.S. district judge denied Fox News contributor Tyrus' request to dismiss his former Fox Nation co-host Britt McHenry's lawsuit alleging he repeatedly harassed her via lewd, inappropriate text messages. Since then, the former professional wrestler has appeared on Fox's airwaves at least ten times, including during the network's New Year's Eve special and three times as a co-host of the highly rated late-afternoon talk show The Five.

McHenry, on the other hand, has not appeared on Fox at all in months, though she remains a paid contributor. "All I want to do is work," she told The Daily Beast. "But when you flip on the TV and see your harasser once again given on-air promotions, it sends a clear message that solving this appropriately on Fox News' end isn't in the cards."