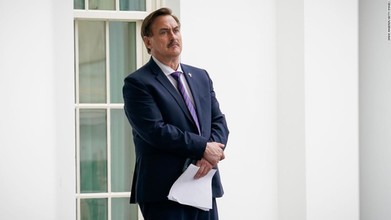 The retailer said in a statement Tuesday that it's discontinuing the sales of a "number of underperforming items and brands," which includes MyPillow. Bed Bath & Beyond (BBBY) said it's part of its broader plan of selling more in-house brands when they debut this spring.

Lindell, a major Republican donor, said in an interview with a right-wing broadcaster that the retailers are "scared" and blamed "leftist groups" for pressuring the retailers into dropping his product. He said that Wayfair, Kohl's and HEB also stopped selling MyPillow products. The three companies didn't respond to CNN Business' requests for comment.