Klayman: We Are Living in the American Left's Version of Nazi Germany!
Order "It Takes a Revolution: Forget the Scandal Industry!" at Amazon.com 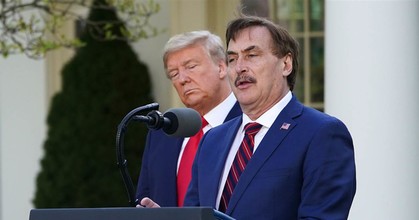 In an email to NBC News Tuesday morning, Lindell said that "a group has attacked my vendors" and that the retailers called him saying they had been threatened with "a boycott if they don't comply" and drop his products.