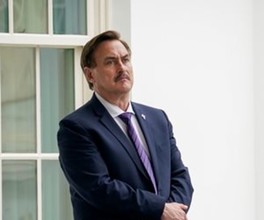 Mike Lindell: MyPillow Products Dropped After Vote Fraud Allegations
Newsmax
January 19, 2021
MyPillow CEO Mike Lindell says his products have been dropped by major retailers in the wake of his claims of voter fraud in the presidential election.

In an interview on NBC affiliate KARE, Lindell, a vocal supporter of President Donald Trump whose bedding company is based in Chaska, Minn., said Bed Bath & Beyond, Kohl's, HEB Stores, Wayfair, and Canada's Today's Shopping Choice channel had all stopped selling his products.

Lindell told NBC News on Tuesday "a group has attacked my vendors" and that the vendors called him saying they'd been threatened with "a boycott if they don't comply" and drop his products.