Klayman: One Can Only Conclude That the Extremely Talented Feherty Must Have Been Silenced by NBC Because He Is a Conservative and Trump Supporter!
Go to www.FreedomWatchUSA.org to Join and Support Our Leftist Media Strike Force! Order "It Takes a Revolution!" at Amazon.com 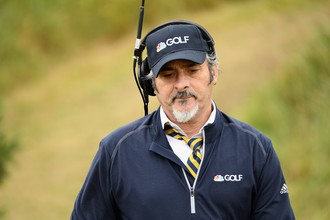 Golf Channel Has Silenced David Feherty, 1 of the Most Entertaining Voices in Sports - Sportscasting | Pure Sports
By John Moriello
Sportscasting | Pure Sports
January 17, 2021
You pretty much knew that David Feherty would have great stories to share after he told the one about how he shot the best 18 holes of his life despite a "blind hangover." But Feherty was even better at drawing interesting anecdotes out of fellow golfers like Phil Mickelson and Rory McIlroy as well as other celebrities on Feherty, his long-running show on Golf Channel.

Unfortunately, there will be no more such stories for a while, at least not on Golf Channel. David Feherty is well-schooled in golf

Before going into golf broadcasting, David Feherty was pretty good at the sport himself. The native of Northern Ireland won five times on the European Tour from 1986 to '92, beating Paul Azinger and Ian Baker-Finch in playoffs in the process.