Klayman: Those Who Supported Trump Are the Left's "New Jews"! Are Concentration Camps, Gas Chambers & Ovens Next?
Order "It Takes a Revolution: Forget the Scandal Industry!" at Amazon.com 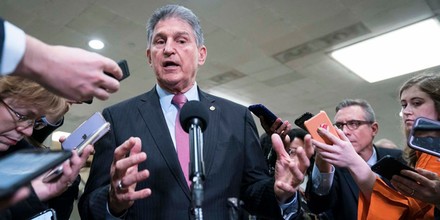 Manchin says Senate should consider removing Hawley and Cruz - Business Insider
Business Insider
January 17, 2021
"There's no way they cannot be complicit in this," he said. "That they think they can walk away and say, 'I just exercised my right as a senator?' Especially after we came back here and after they saw what happened."

He added: "I don't know how you can live with yourself right now knowing that people lost their lives."

The 14th Amendment says that no lawmaker holding office "shall have engaged in insurrection or rebellion against the same, or given aid or comfort to the enemies thereof. But Congress may by a vote of two-thirds of each House, remove such disability."