Klayman: Left and Its Communist Cable News Org CNN Continue To "Dance on Trump's Grave!"
Order "It Takes a Revolution: Forget the Scandal Industry!" at Amazon.com 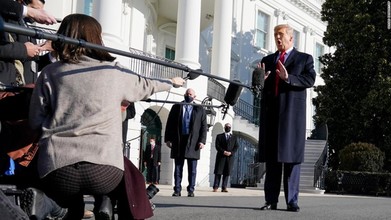 Analysis: Trump finishes with worst first term approval rating ever
By Analysis by Harry Enten
CNN
January 16, 2021
(CNN)Poll of the week: A new Quinnipiac University poll finds that President Donald Trump's approval rating stands at 33%, while his disapproval is at 60%.

What's the point: A big question during the Trump presidency was whether anything could actually move the public opinion needle. It turns out that the insurrection at the US Capitol last week did exactly that.

The result is that Trump's final first term approval rating looks to be the lowest on record dating back since scientific polling began.