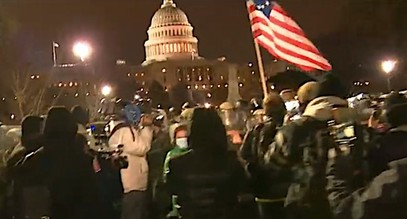 By Larry Klayman
WND
January 15, 2021
The prevailing and contrived "wisdom" among the mainstream media and political establishment since the events at the Capitol building a week ago Wednesday is that President Donald Trump incited violence over the election fraud that has landed Joe Biden, Kamala Harris and their ultra-leftist hordes in charge of the executive branch of government, coupled with similar election fraud during the Georgia run-off, resulting in the Republican Party losing control of the U.S. Senate. To add to this phony narrative, this same mainstream media — including Fox News — and the political establishment have been spewing that right-wing radicals are solely responsible for these events.