Klayman: Fox News Is "Bad News" but Newsmax Is Even More Two Faced: It's CEO Chris Ruddy Has Donated About 1 Million to the Clinton Foundation!
Order "It Takes a Revolution: Forget the Scandal Industry!" at Amazon.com 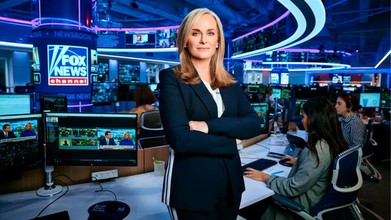 In fact, according to six people familiar with the situation, Scott's days at Fox News may shortly be coming to an end, following a tumultuous few months in which the conservative cable news giant's ratings have sagged following the November election. A significant portion of the network's conservative viewership has abandoned Fox for Newsmax, a rival pro-Trump channel that openly disregards factual reporting. To make matters worse, Fox has also suffered historic ratings losses to CNN and MSNBC, despite an intensely dramatic news cycle.

In response to a request for comment for this story, a Fox Corporation spokesperson said, "Your premise is wrong. It is wishful thinking by our competitors." But when pressed for a statement of support for Scott from Fox CEO Lachlan Murdoch, none was forthcoming.