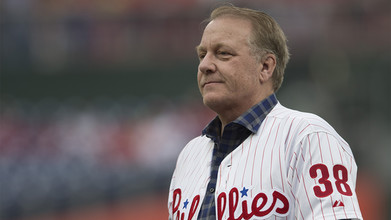 By Dan Canova
Fox Business
January 15, 2021
Curt Schilling, a World Series champion with the Arizona Diamondbacks and Boston Red Sox, says that his insurance company canceled his plan because he praised President Trump on his social media accounts.

"We will be just fine, but wanted to let Americans know that @AIGinsurance canceled our insurance due to my 'Social Media profile,'" Schilling tweeted out on Tuesday.

A random Twitter user responded to Schilling questioning his claim, but the former pitcher responded with a picture of the interaction between himself and an AIG Insurance representative.