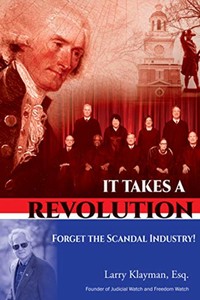 "President Trump warned via Twitter that there will be a "very big" and "wild" protest on Jan. 6 due to allegations of election fraud."—WUSA9

President Trump never spoke of violence. He went on Twitter to denounce it. But, the over 250,000 who traveled to Washington and the millions of others internationally who were ignored, attacked and deprived the past four years of the truth and fairness are entitled to peacefully protest. They are allowed to enter the Capitol. They are allowed to voice their frustrations.

We discussed his new book, It Takes a Revolution: Forget the Scandal Industry!