Klayman: Belichick Did Not Deserve It Anyway: He Is a Cheat Typical of the Declining NFL!
Order "It Takes a Revolution: Forget the Scandal Industry!" at Amazon.com 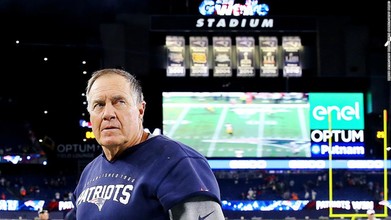 Belichick cited the "tragic events of last week" as leading to his decision. Pro-Trump rioters rampaged in the US Capitol last Wednesday. Five people died as a result of the chaos, including a US Capitol Police officer. House Democrats want to impeach Trump, accusing him of "incitement of insurrection."

"Recently, I was offered the opportunity to receive the Presidential Medal of Freedom, which I was flattered by out of respect for what the honor represents and admiration for prior recipients," Belichick said in a statement. "Subsequently, the tragic events of last week occurred and the decision has been made not to move forward with the award. Above all, I am an American citizen with great reverence for our nation's values, freedom and democracy."